‘Keep on Flying – Made in Germany’ was the motto of the 10th BDLI Regional Forum held recently in Friedrichshafen. Under sweltering temperatures – even in the early morning – the day began with a choice of visits to local aviation companies, such as Airbus Defence & Space in Immenstaad, Diehl Aerospace in Überlingen, Liebherr Aerospace Werk Friedrichshafen, Ziegler in Bermatingen, and ZIM Flugsitz in Markdorf (a tour of the Zeppelin Museum in Friedrichshafen was also on offer).

The author chose the Liebherr tour and was rewarded with a number of extremely interesting insights into the production of gearwheels and gearboxes for the Airbus A330 APU, Airbus A380 Flap actuators, and Boeing 777X wing-folding solutions.

It was exciting to gain first-hand insights about the joint venture between Rolls-Royce and Liebherr involving the design of gearboxes, with development activities taking place right there in Friedrichshafen. We were also treated to a number of interesting glimpses into the preliminary, production and quality assurance processes associated with high-strength parts and components.

This custom-tailored start to the proceedings was followed by a fascinating mixture of presentations, along with a mini-exhibition, held at the designated venue of the event – the Zeppelin hangar. There must have been 200 guests at the feet of the hovering Zeppelin, who – despite the high temperatures – were thrilled with the impressive backdrop and high-class presentations.

The first of these was given by Mr Sedlmayr, president of the BDLI Regional Forum and head of Autoflug, who gave a broad outline of ongoing technological changes, ranging from digitalization and 3D printing to Industry 4.0. He made reference to the realization that a helping hand in the form of assistance from the state would be extremely beneficial in attaining the breakthrough of new technologies in the field of aviation (just as in 1908 with the Zeppelin, and still the case today).

Professor Dr.-Ing. Rolf-Jürgen Ahlers, president of the aerospace forum Luft- und Raumfahrt Baden-Württemberg e.V., used his speech to emphasize the important role of the state of Baden-Württemberg as a region that constantly generates innovations that make their way into the wider world.

Peter Schlote, managing director of Airbus Defence & Space subsidiary Tesat from Backnang, presented a series of insights into the significance of satellite communication, also for society in general, and emphasized the importance of Backnang as a space engineering location. The company presented its innovative products in four elevator pitches: these ranged from additive laser melting to the use of extremely heat-resistant actuators in space technology, and even included a hybrid aircraft. Professor Heinrich H. Bülthoff from the Max Planck Institute for Biological Cybernetics in Tübingen presented his vision of how our journey to work might look in the future, with our own personal mini-aircraft – good for avoiding traffic jams and the associated costs.

Particular mention should be made of the welcome speech given by the federal government coordinator of the German aerospace industry, Brigitte Zypries, who gave her assurance that the state would support the future of Germany as a location for aerospace engineering; she also paid tribute to the winning classes of the BDLI primary school competition ‘juri’.

The final two presentations were given by Porsche Consulting partner Gregor Grandl and Professor Dr. Stephan Staudacher of the Institute of Aircraft Propulsion Systems at the University of Stuttgart, on the subject of ‘Industrie 4.0’. He emphasized in particular that, with the onset of Industrie 4.0, digitalization will only be able to unfold its full effect once the basic underlying (production and logistic) processes are running smoothly; he also stressed that the 4th Industrial Revolution is actually more a case of evolution than revolution but will nevertheless have a huge impact on the way in which we will work in the future.

The event concluded with a reception and dinner at the Dornier Museum Friedrichshafen, which recently celebrated its hundredth anniversary together with the Friedrichshafen airport. And this at a place that breathes history, with aircraft like the ‘Do Wal’, one of Dornier’s most successful flying boats.

My personal highlight was the emotional address given by the grandson of Dornier’s founding father, Claude Dornier, who focused on the enterprising spirit displayed by his grandfather, which, together with the skills of his employees, resulted in Dornier’s huge success back in those days. Even though Dornier no longer exists as a company, its legacy lives on in Immenstaad at Airbus Defence & Space as well as with the ‘Seastar’ flying boat, which is being developed in Oberpfaffenhofen and built with Chinese partners.

In summary, this was as much an aviation history as is possible to take in over the course of one day as much as it was a day for looking forward to mastering the coming challenges that will be facing the aviation industry in the future. 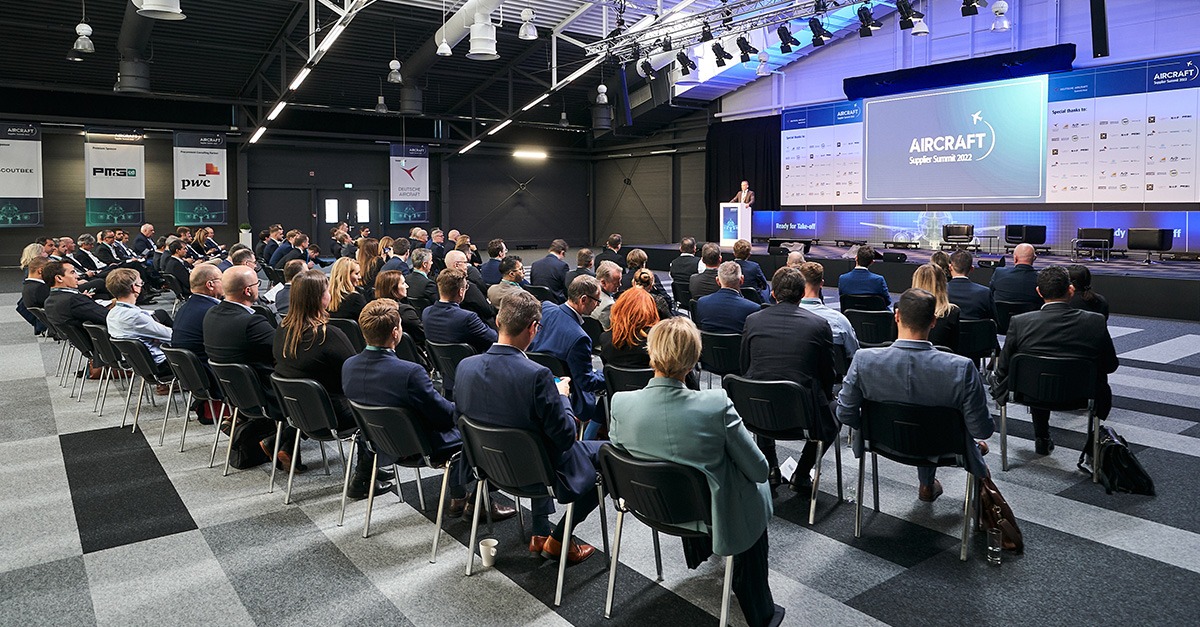