Skip to content
Home › Blog › The ASN is getting smart: save 60 percent time when creating shipping documents
SCM Insights · Use Cases

Imagine an intelligent solution for creating shipping documents that learns in the course of a few weeks which packaging rules are effective for which customer and which parts. It then applies them automatically when creating the ASN (Advance Shipping Notification) and thus relieves you of around half of your work. Even complex ASNs, whose creation often takes more than a quarter of an hour, can be created in less than 5 minutes in the future.

When shipping parts to a customer, the customer’s packaging regulations must usually be taken into account. Each customer has its own requirements for its purchased parts. Often, these are only provided to suppliers as PDF files and are not stored in the system. Quite often, the packaging rules are incomplete or outdated. Storing the rules in a system is time-consuming, and it also requires very in-depth process know-how. The situation becomes even more difficult when the rules are changed as the changes have to be reflected in the system. This often leads to errors that require many times more manual effort to correct.

The effort involved in single-stage packing, where the material to be shipped is simply packed into a specific load carrier, is relatively manageable. Two-stage packing however is much more complex: Here, the parts to be delivered are first packed in small load carriers of which several are stacked and secured on a large load carrier, for example a pallet or a mesh box. This process, as well as the creation of the associated ASN, has a certain complexity and takes time.

If the packaging regulations are stored in the system, the creation of the ASN is largely automated based on the rules. However, due to the effort and expense described above, this is only the case for around one third of the ASNs created via SupplyOn. In the remaining two-thirds, the packaging regulations have to be considered manually, step by step, for each individual ASN – and this is precisely where there is enormous potential for optimization.

During ASN creation via SupplyOn, the system learns over time with the help of artificial intelligence which packaging rules are to be applied and automatically suggest all transport-relevant information as prefilled value.

The following manual entries when creating an ASN can thus be automated with system support:

The employee at the supplier only needs to check and confirm the proposed values step by step. Finally, he can add additional information, for example, if the goods are hazardous and need to be protected in a special way. Then the ASN can be finalized and sent to the customer.
Each time a proposed value is changed, the system learns and suggests the corrected value the next time. In this way, the system optimizes itself and will shortly be able to correctly apply packaging regulations that were never entered or uploaded as such in the system. If the customer changes a packaging instruction, a preset value must be corrected only once in order to be suggested correctly in the future.

The advantages: A clear win-win situation

Both the customer and the suppliers benefit from the AI-supported packaging proposal process.

The advantages on the customer side:

The advantages of the supplier: 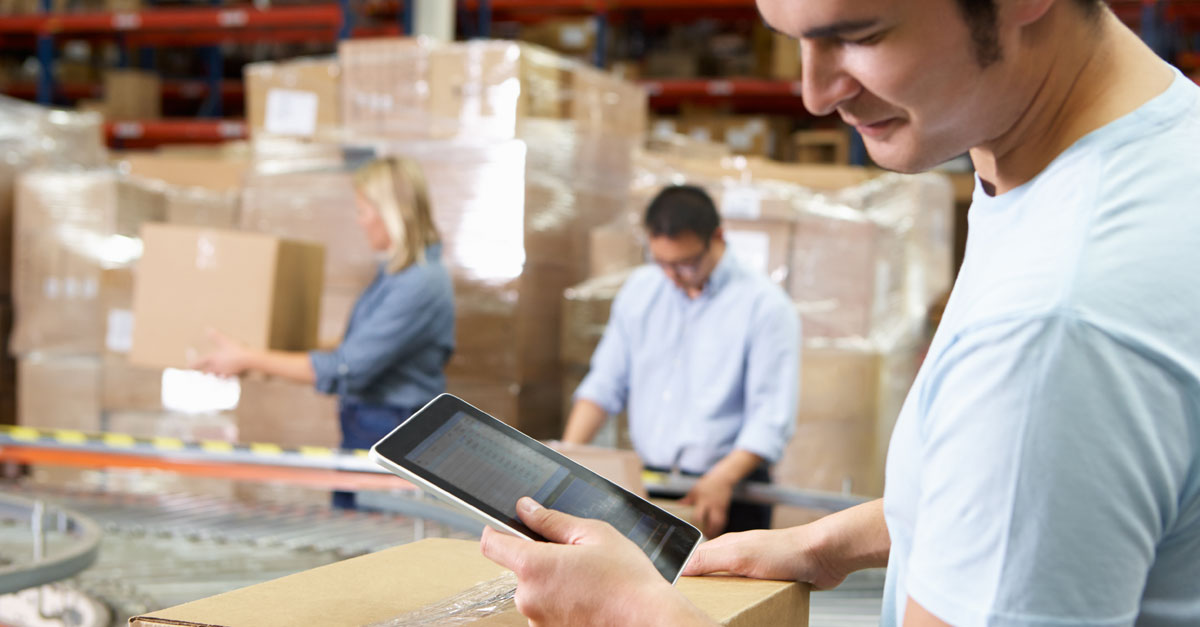 Traceability, transport optimization, goods receipt and inventory automation are top priorities for most logistics managers. Particularly in sectors where safety is crucial, such as aerospace, the rail industry or plant engineering, high legal requirements apply to the testing and documentation of the materials used. For this purpose, suppliers must hand over various documents, test protocols… In the last two posts of my blog series, I focused on taking the first steps in dealing with an acute crisis. So far, I have emphasized the importance of integrating supply chain management and risk management, as well as taking ad-hoc measures to counter the impacts of Covid-19. Now, the next step is to…