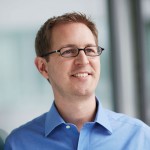 Digitalizing the supply chain is a top priority today – both in terms of the customer and the supplier. Faiveley Transport, a provider of air-conditioning technology, brake and door systems and a key system supplier for the railway industry, has responded to this need and decided to use the same online platform as its customers to connect its suppliers. In addition, this further expands the rail community that is linked via SupplyOn and utilizes uniform processes.

Performing business processes with suppliers using conventional methods such as fax, e-mail and phone is inefficient, error-prone as well as outdated, given the broad range of options provided by the Internet. Therefore, at the end of 2015, Faiveley Transport elected to make its order processes with suppliers faster and more transparent by using an Internet platform. 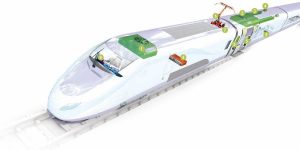 The question as to what the appropriate solution for the task at hand was to be was quickly assessed. For some time now, Faiveley Transport has been using the SupplyOn online platform to handle processes with its customers Deutsche Bahn and Bombardier.

It therefore made perfect sense to use the same tool for the optimization of supplier processes. Not only were they familiar with the tool and the operation thereof. The more important factor in this decision was the network effect created by an entire industry using the same tool instead of a variety of solutions. This ultimately benefits every company, from a huge corporation to a tiny supplier.

During the pilot phase, three suppliers were initially connected to gain preliminary experience with the new online processes. While selecting pilot suppliers, careful attention was paid to ensure that they were as different as possible in terms of size, range of parts and type of collaboration. Faiveley works with one of the pilot suppliers on a consignment basis, and another supplier manufacturers its products outside of Germany.

The operation began in April 2016: All A and B suppliers are gradually being integrated into the new processes. The first phase entails orders with order confirmation, forecasts and Advance Shipping Notifications. Once the new processes have been successfully implemented, the electronic invoicing process will be added via SupplyOn. 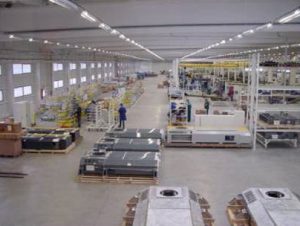 To accelerate and optimize the goods receipt, Faiveley Transport has opted to introduce barcode scanners. Even though this decision was made independently of SupplyOn, the two projects being conducted simultaneously optimally complement each other: The Advance Shipping Notification process via SupplyOn enables the supplier to generate and print out the necessary labels without much effort and additional costs.

SupplyOn will be launched globally throughout the entire Faiveley Group. The project is being conducted by the headquarters in Leipzig as well as by the company’s locations in Pilsen (Czech Republic), Amiens (France) and Shanghai (China).

In its role as the buying company, Faiveley Transport is already benefiting from an EDI connection to SupplyOn. As a supplier, Faiveley Transport is also working to optimize and accelerate processes. The customer processes are currently being conducted through the Web-Frontend – which is indeed a considerable improvement in contrast to the former process conducted by means of fax and e-mail, but can still be further automated with an EDI connection to SupplyOn. Notifications are directly sent to the in-box of the internal systems, therefore enabling even faster processing.

Benefits of SupplyOn from Faiveley’s perspective

SupplyOn is a very valuable and practical tool that enables us to further optimize collaborative processes with our customers and suppliers. This optimization will extend far beyond the processes we are currently using.

My team and I provide end-to-end support to our clients in analyzing and optimizing their supply chains – from their tier-n suppliers via their own company to their customers. I’m passionate about innovative solutions that improve quality and efficiency of supply chain processes and thus reduce costs, inventory and cycle times and increase process quality. In my blog, I focus on current trends and possible solutions in supply chain solutions.