Now Munich. After 8 years in Hamburg, an alternating pattern of the Aviation Forum location was practiced for the first time: With one year in Munich and the next year again in Hamburg. Once again, this year’s Aviation Forum set a new record: 800 attendants, 145 exhibitors and 55 speakers raised the bar even higher. END_OF_DOCUMENT_TOKEN_TO_BE_REPLACED

The construction of an aircraft is preceded by a highly complex, sophisticated procurement process. Almost every aircraft at Airbus is unique – and consists of around one million individual parts. Managing this is a challenge in itself. It becomes even more complex when, as at Airbus, almost a dozen locations in Europe and Canada coordinate operational purchasing.

In order to act more efficiently, Airbus has developed a four-pillar model in which AirSupply from SupplyOn plays a key role. For the impressive results of this digital transformation, Airbus was selected as one of three finalists of the German Logistics Award 2019. END_OF_DOCUMENT_TOKEN_TO_BE_REPLACED

From the Community, Use Cases
Gerrit Jastorff

This year, we had for the first time our own booth at the E-Invoicing Exchange Summit (EXCS19) in Vienna. During this event, we had the opportunity to engage in many highly interesting discussions with invoicing experts from all over the world on the current trends in e-invoicing. END_OF_DOCUMENT_TOKEN_TO_BE_REPLACED

As early as the end of 2012, Liebherr-Aerospace opted to use SupplyOn’s AirSupply solution with its most important suppliers for the processes Demand Forecast, Order, Advance Shipping Notification (ASN), Goods Receipt and partly also Vendor Managed Inventory (VMI) – thus being the first AirSupply customer outside of BoostAeroSpace. END_OF_DOCUMENT_TOKEN_TO_BE_REPLACED 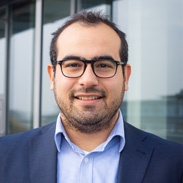 Gathering more than 1,300 companies from all around the world, Aeromart Toulouse 2018 confirmed its position as the global platform of the aerospace industry. END_OF_DOCUMENT_TOKEN_TO_BE_REPLACED

BoostAeroSpace had invited to the 6th BoostAeroSpace Customer Group on October 18th 2018, this time to Paris. Participants who had already arrived the evening before took the opportunity for a joint dinner not too far from La Tour Eiffel. END_OF_DOCUMENT_TOKEN_TO_BE_REPLACED 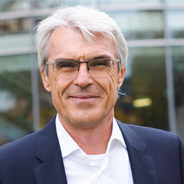 A leading aerospace supplier has further optimized its inbound supply chain with SupplyOn. As part of an innovative industry 4.0 project, sensor tracking was used to implement the real-time monitoring of deliveries. This not only aims at continuously determining location, but also the early detection of quality defects during transport due to excessive temperatures or moisture. END_OF_DOCUMENT_TOKEN_TO_BE_REPLACED

BoostAeroSpace invited – and the community members took advantage of this unique once-in-a-year event, this time also including representatives from GIFAS and SPACE.

The 2017 BoostAeroSpace Customer Group took off with breaking news no one had on their agenda: the announcement, that Airbus has acquired more than 50 percent of Bombardier’s C-Series program. This could definitely be a game changer for the North-American aerospace market.

END_OF_DOCUMENT_TOKEN_TO_BE_REPLACED

The best comes at the end: This statement again came true for the 6th Aviation Forum in Hamburg, as the last but probably best aerospace event of 2016 opened its doors to more than 600 attendees and about 110 partners, sponsors & contributors on December 6th. This event is one of the key platforms for Airbus and its global suppliers, with industry experts attending panel discussions and sharing insights.

Attendees arriving the evening before had the opportunity to visit Hamburg’s Christkindlmarkt, which allowed for networking even prior to the official start of the event. END_OF_DOCUMENT_TOKEN_TO_BE_REPLACED

The continued digitalization of the supply chain across all levels – as the study also clearly found – is viewed as being one of the most important measures for mastering the future challenges in the aerospace industry. END_OF_DOCUMENT_TOKEN_TO_BE_REPLACED

June 30, 2020S. Vollmer
How you benefit from a central procurement solution when having various ERP systems in place
June 16, 2020W. Schmetterer
Collaboration made easy: Feasibility studies with Technical Review
May 25, 2020M. Zwingmann
Restarting production: How to ensure the flow of materials
1 2